The concept for the Nox Boys was born when veteran slide guitarist Bob Powers met with singer/guitarist Zack Keim at an open mic in Blawnox, PA, a small factory town set alongside the Allegheny River. Powers had been performing as a sideman for the late Pittsburgh guitar legend Warren King’s last band, J. J. Burner.

The duo formed the Nox Boys and soon enlisted Sam Berman, Powers’ nephew and a talented young drummer. Keim’s friend David Weaver joined as the band’s bassist/keyboardist but was forced to leave after only a couple of shows when he moved to a different school. His sudden departure inspired the Nox Boys’ first original song, “Military School.”
Weaver was replaced by current bassist Zach Stadtlander, who also attends Fox Chapel High School along with Sam and Zack.

The Nox Boys rose quickly in Pittsburgh’s underground “garage” scene, gaining attention with their high-energy performances and original take on hard-edged, in-your-face, teenage angst-filled rock ’n’ roll. Michael Kastelic, singer for Pittsburgh garage rock legends The Cynics, was impressed with the band’s sound. He brought their demo tape to the attention of Cynics guitarist Gregg Kostelich, co-owner of internationally renowned garage-punk label Get Hip Records. Surprised by the young band’s talent and dedication to the genre, Kostelich signed the Nox Boys, supporting them in the production of their self-titled, debut LP.

With the help of the Nox Boys and their original, teenage garage-punk sound, rock ’n’ roll will never die!

Zack Keim (Guitar/Vocals)
(Born January 27, 1997) Zack developed a love of loud, raunchy guitar almost as soon as he could pick one up – which was not all that long ago! His knowledge of three-chord rock’n’roll originators and punk music godfathers is surprising for a high school junior. Zack’s biggest inspirations are Link Wray, the Black Lips, and Ty Segall. A talented songwriter, he is determined to acknowledge the garage and punk traditions but with his own, original interpretation of the sound. Zack is a junior at Fox Chapel High School.

Zach Stadtlander (Bass Guitar)
(Born March 16, 1996) Zach is a true blues aficionado who has been influenced by the later-day variations of Jimi Hendrix and Billy Cox; Rob Deleo of the Stone Temple Pilots is another major influence. A talented guitar player and songwriter, Zach had been a member of several bands before joining the Nox Boys. He is currently in his senior year at Fox Chapel High School.

Sam Berman (Drums)
(Born November 25, 1995) Sam comes from a musical family: both of his parents are professional musicians. It’s no surprise then that he started performing at a very young age. Sam and Zack have been writing songs together since the Nox Boys’ inception. He is a big fan of the Ramones and admires the drumming styles and attitudes of Dave Grohl and Taylor Hawkins (Foo Fighters). Sam is a Fox Chapel High School senior.

Bob Powers (Slide Guitar)
(Born October 17, 1957) A 1979 graduate of Carnegie-Mellon University, Bob worked for years as an illustrator in the advertising industry; first at Rainbow Grinder Studios in Pittsburgh, then as a freelancer in New York City. Bob is first and foremost a visual artist who came to music by participating in the renegade Lower East Side/Brooklyn performance art scene of the 1990s. Moving back to Pittsburgh in 2008, Bob continued performing and was a member of J. J. Burner, Pittsburgh guitar legend Warren King’s last band. Bob performs in the Nox Boys with the uncommon Melobar steel guitar. His sound is influenced by Glenn Ross Campbell of the Misunderstood. 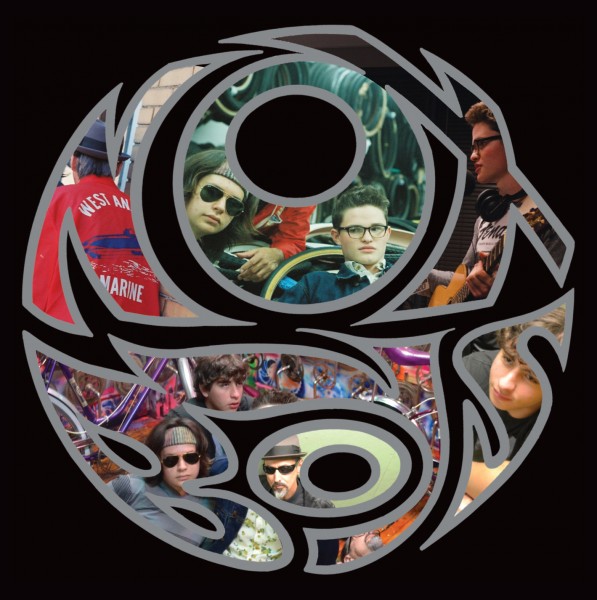 Nox Boys and Get Hip CEO/Cynics guitarist Gregg Kostelich are interviewed by John McIntire for Pittsburgh’s KDKA 1020AM news radio. The band discusses their upcoming debut album on Get Hip Recordings and perform acoustic renditions of their songs.

“A joyous summation of all that is great about rock ’n’ roll.”
John Ebbs | Shindig! Magazine

“While rich with roaring echoes of the Pretty Things, Sonics, pre-1968 Rolling Stones, Alice Cooper, and pre-’66 Kinks (even a hint of Hawkwind), Nox Boys emanate their essences rather than going overboard trying to ‘sound like’ them.” (3.5/5 Stars)
Mark Keresman | ICON

“In its debut self-titled album, local band Nox Boys provides a lot of what you would expect from a teenage garage band, along with some pleasant surprises.” (B-)
Sam Bojarski | The Pitt News

“Reminds me somewhat of the Black Keys and the White Stripes — if they were a lot younger and loved the Sonics instead of old blues.”
Steve Elliot | Something Else!

“Captures the kind of youthful attitude and fun only a group of teenagers could pull off and will have you itching for your own moments of rebellion.”
The Grey Estates

Interview: “Zack Keim of the Nox Boys” | B Conway | Pittsburgh Music Report | 01.24.2014
“‘I heard about [Get Hip] and was like, ‘We live a couple miles from this prestigious garage punk label, why don’t we try to do something about it?'” (Full article)

Feature: “Nox Boys Emerge With Killer Debut” | Scott Mervis | Pittsburgh Post-Gazette | 01.16.2014
“[Singer] Zack Keim’s vocal borders on maniacal as he snarls, laughs, curses and howls through a nasty kiss-off while the rhythm section races and guitars moan and squall. The boys do most of their business on two-minute rockers that inject fresh, sometimes punk, energy into ’50s- and ’60s-style garage with reverbed guitar.” (Full article)

Feature: “Nox Boys Present Teenage Garage Rock” | Margaret Welsh | Pittsburgh City Paper | 01.15.2014
“Garage rock has long dealt in teenage concerns; for Nox Boys, those concerns just happen to be in the present tense. And though Nox Boys might sometimes sound like visitors from 1965, [singer Zack] Keim is quick to note that they’re no nostalgia act: ‘We don’t want to dress up like Paul Revere and the Raiders. We’re just teenagers having fun.'” (Full article)

Feature: “Local HS Band Celebrates Release of Precocious New LP | John Lavanga | Pitt News | 01.15.2014
“For most high school bands, it’s difficult enough to get together for a practice, let alone book a show or write a collection of songs. Suffice it to say that the Nox Boys…are not most high school bands.” (Full article)

Feature: “Band to Watch: The Nox Boys” | Scott Mervis | Pittsburgh Post-Gazette | 08.08.2013
“There are garage bands, the kind of bands that kids form in their garage. And then there are GARAGE bands, the kind that tap into the spirit of the Sonics and the Swamp Rats. That’s where you find The Nox Boys.” (Full article)