Slim Forsythe hails from the Northern Tier Counties of the Great Keystone State of Pennsylvania.

For 12 years he’s been performing Classic Country Western, Mountain Gospel, Bluegrass and Rockabilly music with a variety of bands and musicians at honky tonks, night clubs and other venues throughout Pittsburgh and Western Pennsylvania including appearing for the last 3 years on Gobblers Knob in Punxsutawney on Groundhog’s Day. Slim has traveled across the United States performing in Champaign, Illinois; Sioux City, Iowa; Denver, Gunnison and Crested Butte, Colorado; Seattle, Washington; Las Vegas, Nevada; Sedona, Arizona; Nashville, Tennessee; Morgantown and Wheeling, West Virginia; Rochester and Wellsville, New York; and many more.

In September, 2014, Slim Forsythe was inducted into America’s Old Time Country Music Hall of Fame at a Festival and Ceremony in Lemars, Iowa.

In addition to his loving renditions of the classics of the Great American Songbook, Slim has written over 30 original compositions and recorded and released 2 full-length records: Bury Me Up On That Northern Tier in 2009 and Down On My Knees At Nied’s Hotel Again in 2011.  In  November of 2016 Get Hip Recordings released Slim Forsythe’s Greatest Hits. 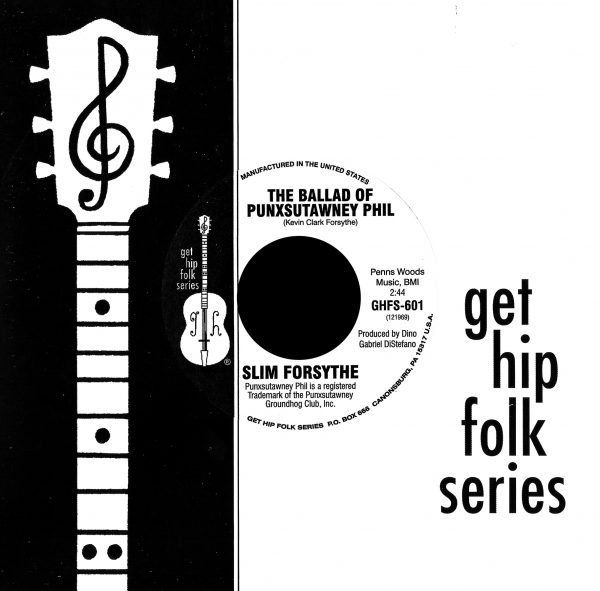