Viv & The Sect formed in Mexico City in 2012 with a basic lineup of guitar, drums, and vocals. Before long, the trio of Aleph Aguilar, Rho Moran, and Israel Lopez recorded their first original song, “So Excited.” With strong ‘60s R&B and Garage influences, it landed a spot on the Mundo Salvaje compilation (Rabia Teen Records, 2012) alongside tracks from other Mexican Garage bands like Los Inferno, Mustang 66 and Los Explosivos. Viv & The Sect were finally able to reach the Spanish R&R audience, who is always receptive to sounds with vintage influences and contemporary stylings alike.

Shortly after the compilation’s release, Lopez left the group. John Moss signed on as lead singer and rhythm guitarist, generating an incredible group chemistry that inspired the first sketches for “My Love Is Real” and “This Will Pass”—two songs that would define the sound and style of the reconfigured band.

Viv & The Sect made their live debut at Foro Cultural Box Vintage on October 19, 2012. Surrounded by other luminaries of the Mexican underground scene, the band realized their need to add a bass player to the lineup. After several trials, they discovered Mario Anguiano who became the band’s official bassist.

Over the next two years, Viv focused on building their fan base, playing live shows, radio broadcasts, and other media platforms, becoming a major contender in the emerging Mexican Underground R&R scene. During that time, they had many opportunities to share the stage with complementary Garage groups like Los Mustang 66, The Cavernarios, Los Explosivos, and Los Ovnis and opened for international touring acts including Los Peyotes (Buenos Aires, Argentina) and Pittsburgh Garage legends, The Cynics (USA).

The Cynics’ guitarist and Get Hip Recordings owner Gregg Kostelich was so impressed with Viv’s live performance, style, and presence, he asked them to sign with the label. With Gregg’s guidance, the band began recording their debut album This Will Pass at Progreso Nacional Studios in Mexico DF under the production of Hugo Quezada (Robota). The album also features mastering by legendary producer Jim Diamond (The White Stripes, Dirtbombs, The Cynics).

The album’s raw, edgy, dark sound and the intensity of its songs (all original) are reminiscent of early ‘60s Garage Punk bands found on the Back From The Grave, Teenage Shutdown and other ‘60s compilations. However, the band’s outstanding songwriting skills have more in common with Love, The Music Machine, Electric Prunes, and other ‘60s West Coast Garage-Psych legends. 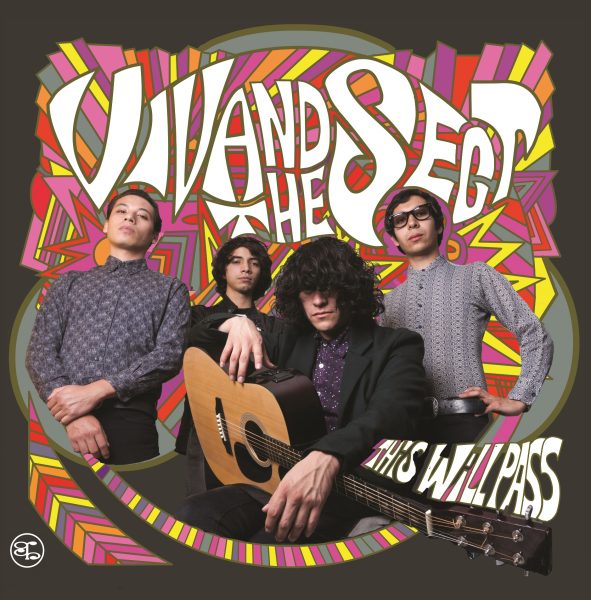 VIV AND THE SECT “THIS WILL PASS”