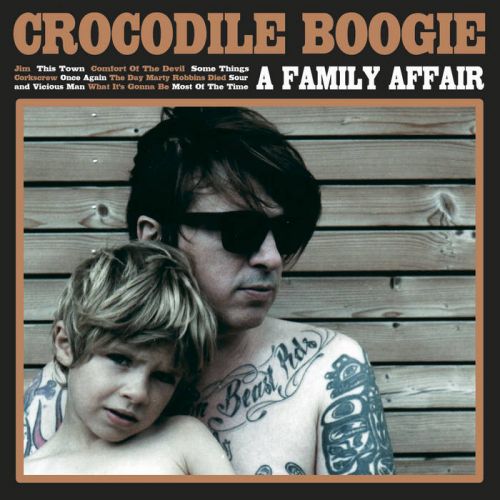 Crocodile Boogie is Seb, Beast Records founder. Crocodile Boogie began as a solo project, just to record a few songs Seb had in mind. “A Family Affair” collects 5 titles from his own and 5 covers.

Even if it began as a solo project Crocodile Boogie is here well seconded by some fine French and Australian musicians, thanks to them! Gil Riot and Jibé Polidoro believed in his project and helped him to arrange his compositions. Jeff Hooker, Jo Brockman, Dimitri Kucharzewski also sing and play.

The covers make no claim to match the originals. They just imposed themselves. Some are there to pay tribute to missing friends: “Sour and Vicious man” and “The Day Marty Robbins Died” are dedicated to the beautiful Tonio Marinesco with whom Seb had the honour of playing these titles in the Dead Horse Problem for a few years, and “Comfort of the Devil” in memory of Fred “Brian” Loret and Abel Souidi.

In short, a family story.