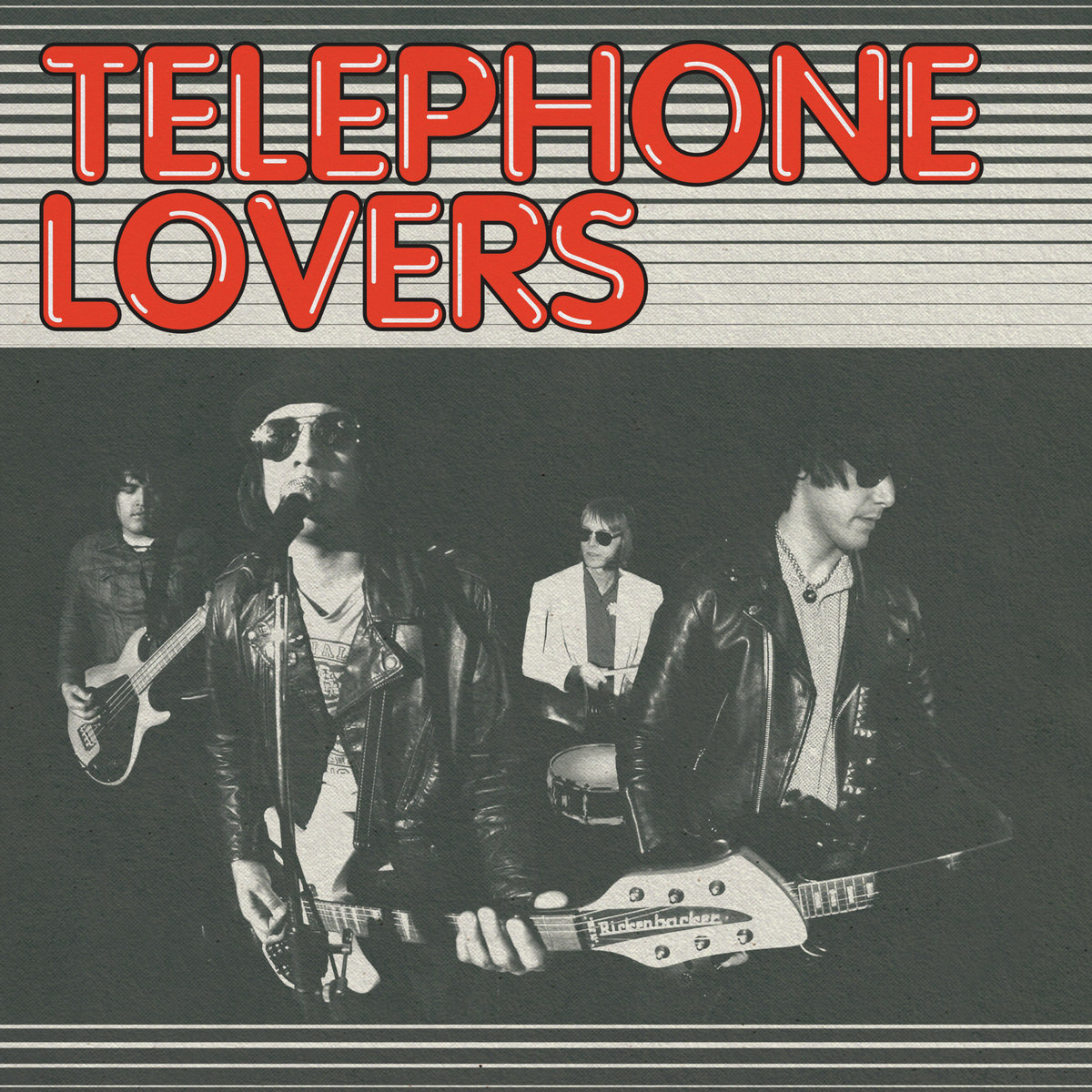 Description
My immediate response to first hearing Telephone Lovers was to surmise that the band had to be from Los Angeles. I got that right, although I may have been about 40 years off in pinning down the time frame! Telephone Lovers’ self-titled debut just screams “L.A. power pop” – and in my mind I see this band sharing a stage with The Nerves or 20/20 in 1977. Telephone Lovers take it back to a time when power pop was one of our purest forms of rock n’ roll – coming on like modern day heirs to the likes of Dwight Twilley, The Raspberries, Flamin’ Groovies, and Scruffs. Even with an added pinch of New York Dolls/Hollywood Brats street tough glamour, the vibe here is so perfectly mid-’70s power pop that it’s not hard to imagine any of these tracks turning up on the old Rhino Come Out and Play compilation. – FASTER & LOUDER

Brilliant, self-titled, period-perfect power-pop from just yesterday! These Angelenos clearly marinated in the streamline and stripped-down tunefulness of Paul Collins Beat, 20/20, Dwight Twilley, Flamin’ Groovies, and all the other usual suspects. Telephone Lovers ape that dry production and tight, verging-on-distorted guitar sound, midtempo drive, and drawly vocals all the best records of the genre featured. Pick any track – “Downtown Girl,” “Without You,” anything – pop it into your boom box, and find yourself transported into the eternal 1979 of skinny ties and skinnier sounds. Nice attention to detail. – Austin Chronicle 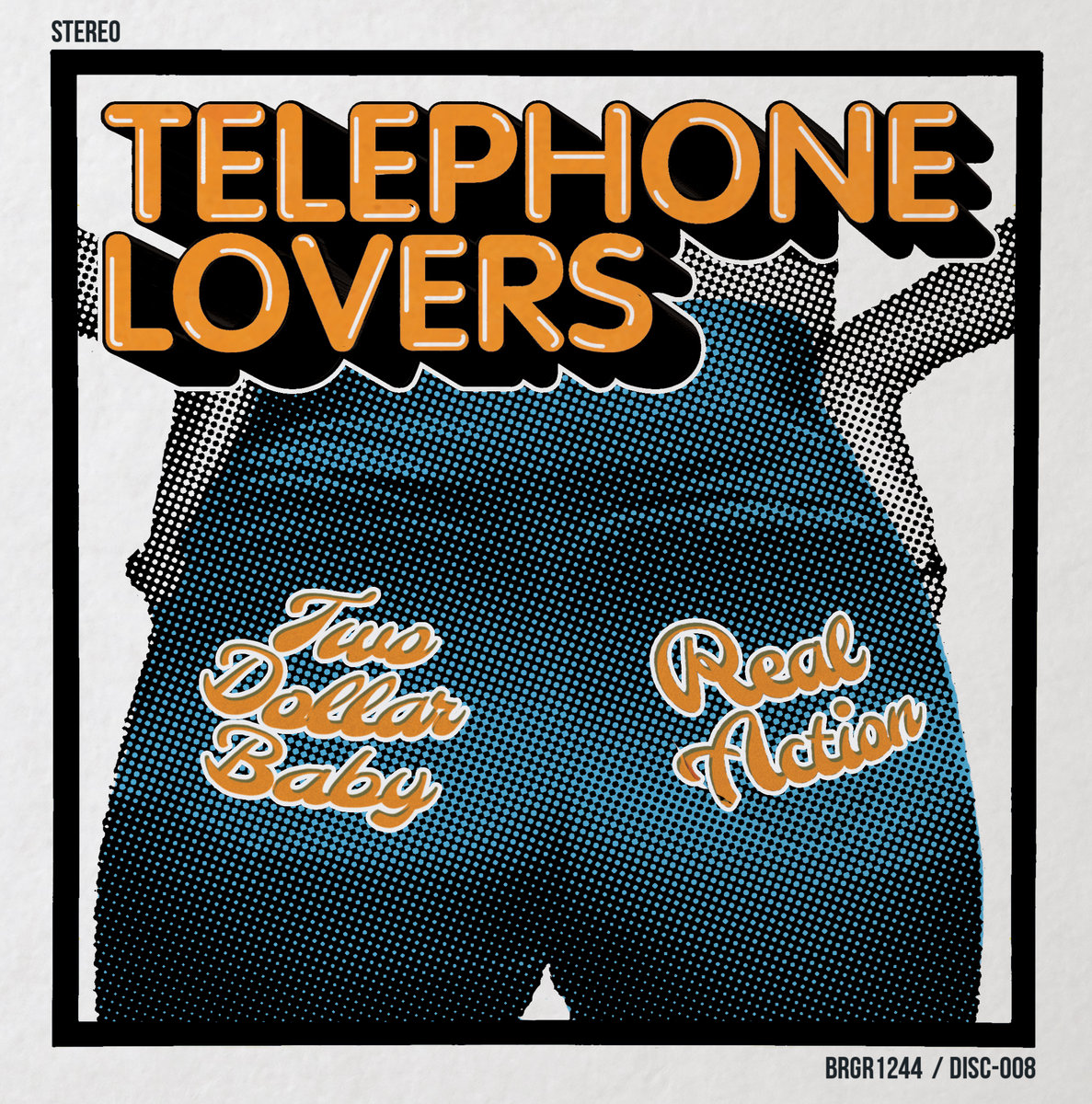 Description
A little over a year since the release of their thumping self-titled debut, Long Beach’s Telephone Lovers return to preach the gospel of 70s style glam-punk and power pop with a new single. Picking up right where they left off, the band roars to life on A-side, “Two Dollar Baby,” a track that will get feet stomping and bodies moving. With hard-charging classic guitar riffs, pounding rhythms and refreshingly soulful vocals, “Two Dollar Baby” is everything you could want in this type of tune. “Real Action” delivers more of the same but with the emphasis on the “pop” part of power pop—no doubt both of these songs will soon inspire drunken sing-a-longs. The single doesn’t attack any distinctly new territory, but it does show a lot of development since their LP, with the band sounding tighter and fuller than ever. It’s those qualities that allow the heart and soul at play here to truly ring out—both tunes sound truly anthemic, and a copy of this record should be on the way to every jukebox still in existence.—Simon Weedn/L.A. Record

Disconnected has teamed up with Burger Records for this double A side 7″ banger from the harbingers of the new elite, conjuring up all the maestros of Powerpop ala Exploding Hearts, Dwight Tilley, Nick Lowe, Paul Collins Beat, 20/20, Flamin’ Groovies, etc