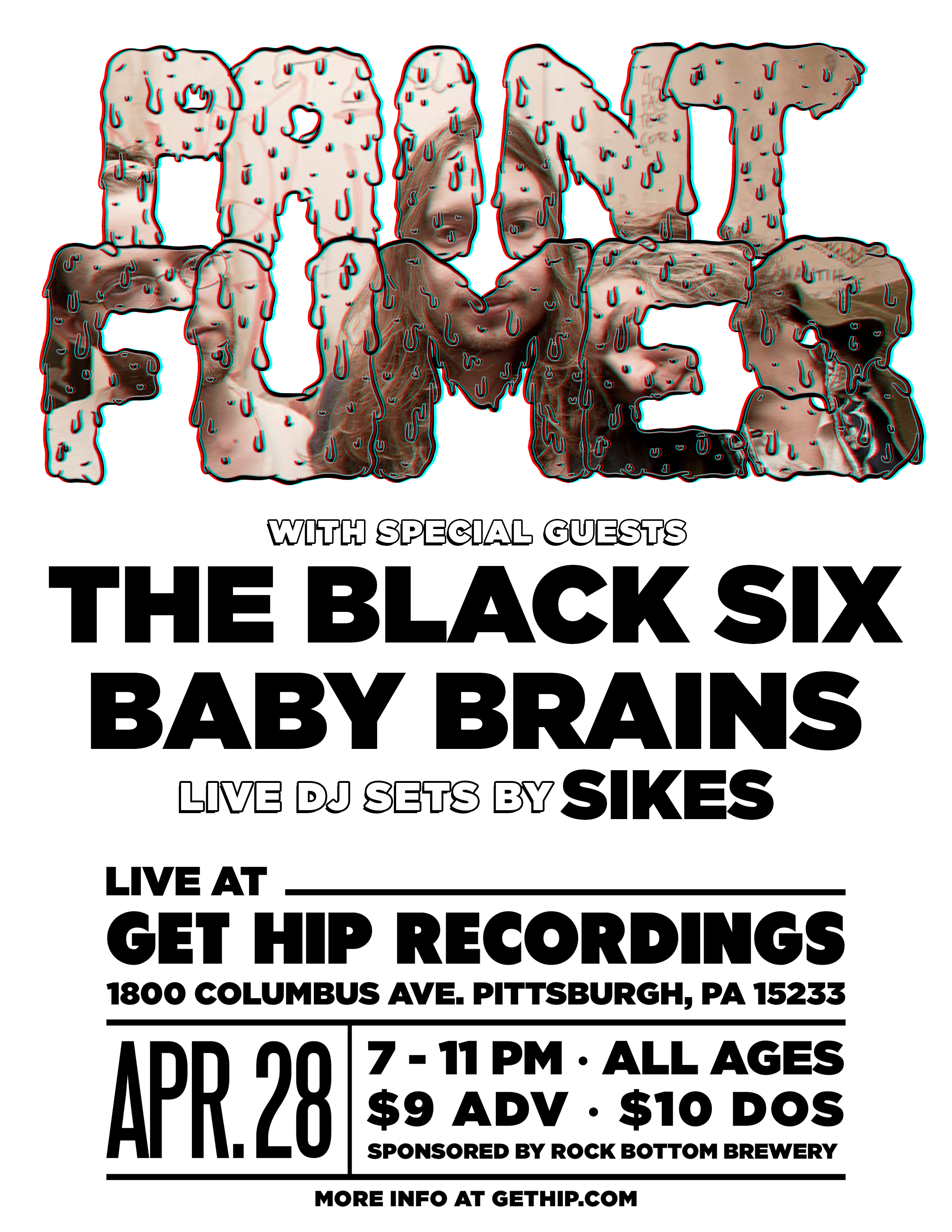 Paint Fumes kick off their European tour with a show at their label headquarters! They are joined by local rockers The Black Six and York, PA’s Baby Brains for a thrill-packed evening of raw, wild and unhinged Garage-Punk-Rock mayhem! Local wunderdude SIKES will keep things rockin’ with live DJ sets throughout the night.

Charlotte, NC’s Paint Fumes’ second album was released in September 2016 on Get Hip, and a new single will be released in late Spring!

Sponsored by Rock Bottom Brewery. Rock Bottom beer will be available for purchase throughout the evening

Presented by Get Hip Recordings

LIVE AT GET HIP RECORDINGS