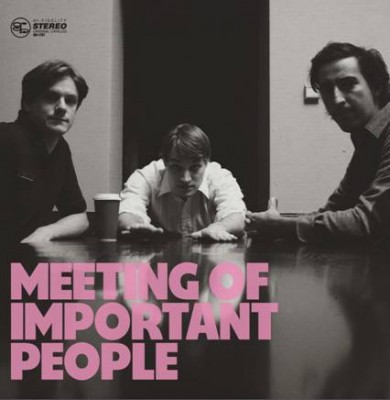 Legendary label Get Hip is proud to introduce you to Meeting of Important People.
A young three-piece garage-pop band from Pittsburgh that is being called one of America’s best-kept young secrets, with a ferocious live show and debut full-length LP soon to be out on Get Hip Vinyl.

MOIP is being called the leaders of the cutting-edge new generation of Garage Pop:  their promo video for the LP track “Brittney Lane,”  featuring the band in an animated cardboard city, gained hundreds of thousands of views on Youtube and Vimeo.  Influential radio station WYEP-FM named the band Artists of the Year in 2010; and now, Get Hip is releasing their first self-titled debut LP on vinyl in Spring 2011.