THE RIPE “Into Your Ears” LP/CD Austin’s Psych-Pop-Garage sensation! 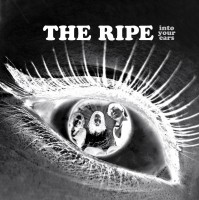 Into Your Ears is The Ripe’s debut full-length  album; a record which is colorful in sound and blends into many shades of power pop, folk, and psychedelic rock. The recordings were actualized at Circo Perrotti studios in Gijon, Spain with vintage Abbey Road/BBC gear where the band indulged in free musical fantasy and wild expression… (more)