New Releases from GET HIP, BLUE NOTE, GEFFEN, POLAR, WICK and more! Plus plenty of Restocks!!!

You can also shop at our Record Store in Pittsburgh!
OPEN Monday to Saturday 12-6 pm. MASK required!

CYNICS “BLUE TRAIN STATION“  GH-1000 (GET HIP)
Originally released in 1986 by Skyclad/Get Hip, this release shows the genesis of their wall of guitar sound and was the Cynics’ first full-length LP. This album mixes versions of garage classics like “Ain’t No Friend of Mine” and “Soul Searchin’ “ with scorching Cynics originals like “No Way,” “Waste of Time,” “Dancing on the Wall,” “Love Me Then Go Away” and the title track “Blue Train Station.” The punk and R&B roots of the Cynics sound sizzle on this classic piece, while thoroughly demonstrating the music and songwriting skills of the team of Kastelic and Kostelich.

“For a debut release, Blue Train Station sounds very mature in its accurate display of classic rhythm and blues tinged with portions of folk-rock, psychedelia, and Hammond organ garage stomp. More than mere camp ’60s revivalism, The Cynics hit upon a style of timeless, melodic rock with momentous pop melodies. The title track chugs along like a locomotive with full-powered R&B guitar strum and harmonica blasts, while the snarling punk scream of “No Way” is aided by the use of maracas.”
AllMusic Review by Matt Carlson

AR-KAICS “TO BE FREE / EASY“  WCK-1012 (WICK)
The Ar-Kaics are back with a double shot of their endangered mode of recreational expression / rebellion, and doing it just for Kaics! Recorded at Daptone, it showcases the band’s primitive garage sound in two nasty flights of fancy. 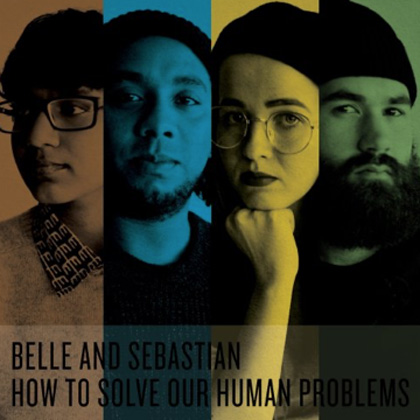 BARNETT, COURTNEY & KURT VILE “LOTTA SEA LICE“  OLE-1148-1 (MATADOR)
Lotta Sea Lice is the product of Courtney Barnett and Kurt Vile’s creative partnership. With it come songs as effortless and organic as the pairing of the
collaboration: nine tracks of beautiful, country-tinged “harmonies and guitarmonies galore.” (2017)

CARROLL, JIM BAND “CATHOLIC BOY“  FP-1723 (FAT POSSUM)
Black Vinyl repress of semnial album. Jim Carroll expressed the Bomb-fear anticipation, the optimistic nihilism and glittering darkness of the 1980s
that we who were there felt even if we couldn’t communicate it ourselves.

DEAD CAN DANCE “S/T“  CAD-3622-1 (4AD)
On their eponymous debut album, originally released in 1984, Dead Can Dance successfully harnessed a “bewitching barrage of sounds, layering
grinding guitars and even a dulcimer-like yang chin over a taut wash of percussion.” Reissue. (2016)

FALL “WONDERFUL & FRIGHTENING ESCAPE ROUTE TO“  BBQ-2133-1 (BEGGARS BANQUET)
This contains the material from the two singles and the EP, Call For Escape Route, that the band released in ’84, which were also part of the extended
cassette version of the original album. These were the remaining tracks recorded at the sessions. (2015)

GAY ANNIVERSARY “NEW IN CLASS – 10″ LP“  702-119 (SLOVENLY)
This Greek crew screws a nervous fucking wreck of hyper-speed BIG BLACK / RAPEMAN style violent blur right into your eyeballs,jackhammer drum
machine pounds away at your face and guitars scream and slash through your brain on these 8 twisted tracks.

MYSTERY LIGHTS “TOO MUCH TENSION!“  WCK-004 (WICK)
Sophonore album by Mystery Lights! After 2 years of non-stop touring! it finds them digging deeper into their well of eclectic influences, enriching their
sound without echoing the past by mixing eerie synth, punk swagger and Kinks pop sensibilities.

PAVEMENT “QUARANTINE THE PAST: THE BEST OF – 2xLP (GATEFOLD)“  OLE-900-1 (MATADOR)
This album’s 23 fully remastered tracks span the entirety of Pavement’s career from 1989 to 1999, from the scratchy and mysterious sounds of their
early vinyl-only releases to the rich, multilayered warmth of their final recordings. (2010)

POISON IDEA “PICK YOUR OWN KING – 12-INCH“  JPR-055 (JACKPOT)
Not only the greatest Poison Idea record, but the greatest PUNK album of all time!  Originally Released in 1983 Poison Idea debut record features 13
songs in 13 minutes.

QUEENS OF THE STONE AGE “LIKE CLOCKWORK – 2xLP (GATEFOLD)“  OLE-1040 (MATADOR)
Seld-described as “an audio documentary of a manic year,” QOTSA’s seventh studio album is the band’s first full-length collection of all new material
since 2007’s Era Vulgaris. Includes the hit single “My God Is the Sun.” (2013)

RADIOHEAD “IN RAINBOWS“  XL-324-1 (XL)
In Rainbows is the seventh studio album from Radiohead. Released in October 2007, it features the singles “Reckoner,” “Jigsaw Falling Into Place,”
“All I Need,” and “Nude.” It won the Grammy for Best Alternative Music Album in 2009. Reissue. (2016)

RADIOHEAD “KID A – 2XLP (GATEFOLD)“  XL-782-1 (XL)
Kid A is the fourth studio album from Radiohead. Released in October 2000, it features the singles “Everything In Its Right Place,” “The National
Anthem,” and “Idioteque.” It won the Grammy for Best Alternative Music Album in 2001. Reissue. (2016)

RADIOHEAD “KING OF LIMBS“  XL-787-1 (XL)
The King Of Limbs is the eighth studio album from Radiohead. Released in February 2011, it features the singles “Lotus Flower” and “Morning Mr.
Magpie.” It was nominated for Best Alternative Music Album at the 2012 Grammys. Reissue. (2016)

RADIOHEAD “OK COMPUTER – 2xLP (GATEFOLD)“  XL-781-1 (XL)
OK Computer is the third studio album from Radiohead. Released in May 1997, it features the singles “Paranoid Android,” “Karma Police,” “Lucky,”
and “No Surprises.” It won the Grammy for Best Alternative Music Performance in 1998. Reissue. (2016)

REGO, EL “ET SES COMMANDOS + 7″“  DAP-023LP (DAPTONE)
El Rego is a true legend of African Soul Music. Here for the first time on album are 12 of his greatest recordings from the late 60s and early 70s hand-
picked by Daptone records!

SCOTT-HERON, GIL “I’M NEW HERE – (GATEFOLD)“  XL-471-1 (XL)
A new record from Gil Scott-Heron, forty years after his first solo album, is a cause for major celebration and something that the world needs now more
than ever. Contains 15 tracks, including “Your Soul & Mine,” “New York Is Killing Me,” and more. (2010)

SPITS “III“  702-72 (SLOVENLY)
BACK IN PRINT!!! The third self-titled full-length album from a band that should be knifed, hung, and then shot for the aggravation. It’s punk, it’s

TUBEWAY ARMY “REPLICAS“  BBQ-007-1 (BEGGARS BANQUET)
Released in 1979, Replicas is the second and final album by Gary Numan + Tubeway Army and the first in his “machine” phase. Based on a sci-fi
novel Numan never completed, Replicas yielded the UK #1 single “Are ‘Friends’ Electric?” Reissue. (2015)

VARIOUS ARTISTS  “BORED TEENAGERS VOL. 7“  RUBBISH-013 (BIN LINER)
This seventh volume in this anthology of rare British punk features 18 tracks from The Singles, In the Gym, Katz, The Hobbs, Chaos UK, The What,
The Vendettas, Skidmarx, and System X. Includes a 16-page booklet. Limited to 500 copies.

WAU Y LOS ARRRGHS!!! “¡¡¡VIVEN!!!“  702-85 (SLOVENLY)
Second album by Spanish wild & savage combo! Busting at the seams with Back From The Grave worthy garage punk monsters, all  lead by a vocalist
that out-psychos the vocalist from Los Saicos and any other one from the 60s to now! 11 trax, 10 in Spanish!

YO LA TENGO “THERE’S A RIOT GOING ON – 2xLP“  OLE-1166-1 (MATADOR)
Yo La Tengo’s first album in five years will remind you what it’s like to dream. The sound burbles and washes and flows and billows; there are
shimmery hazes, spectral rumbles, a flash of backward masking. Ride above the sound and above the Sound. (2018)