by BarbaraGH on September 13, 2020 in Get Hip Archive Series, News, Releases 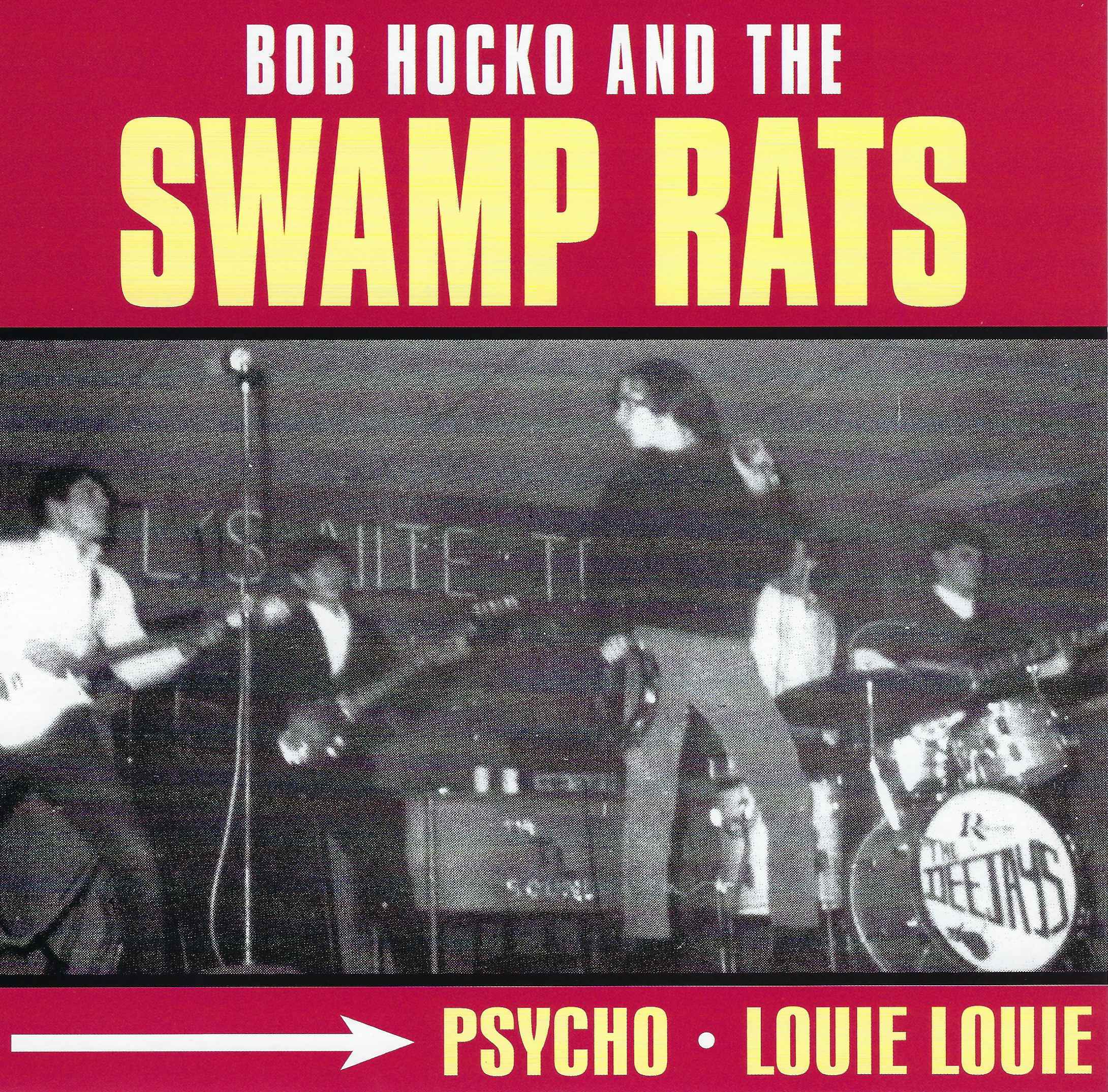 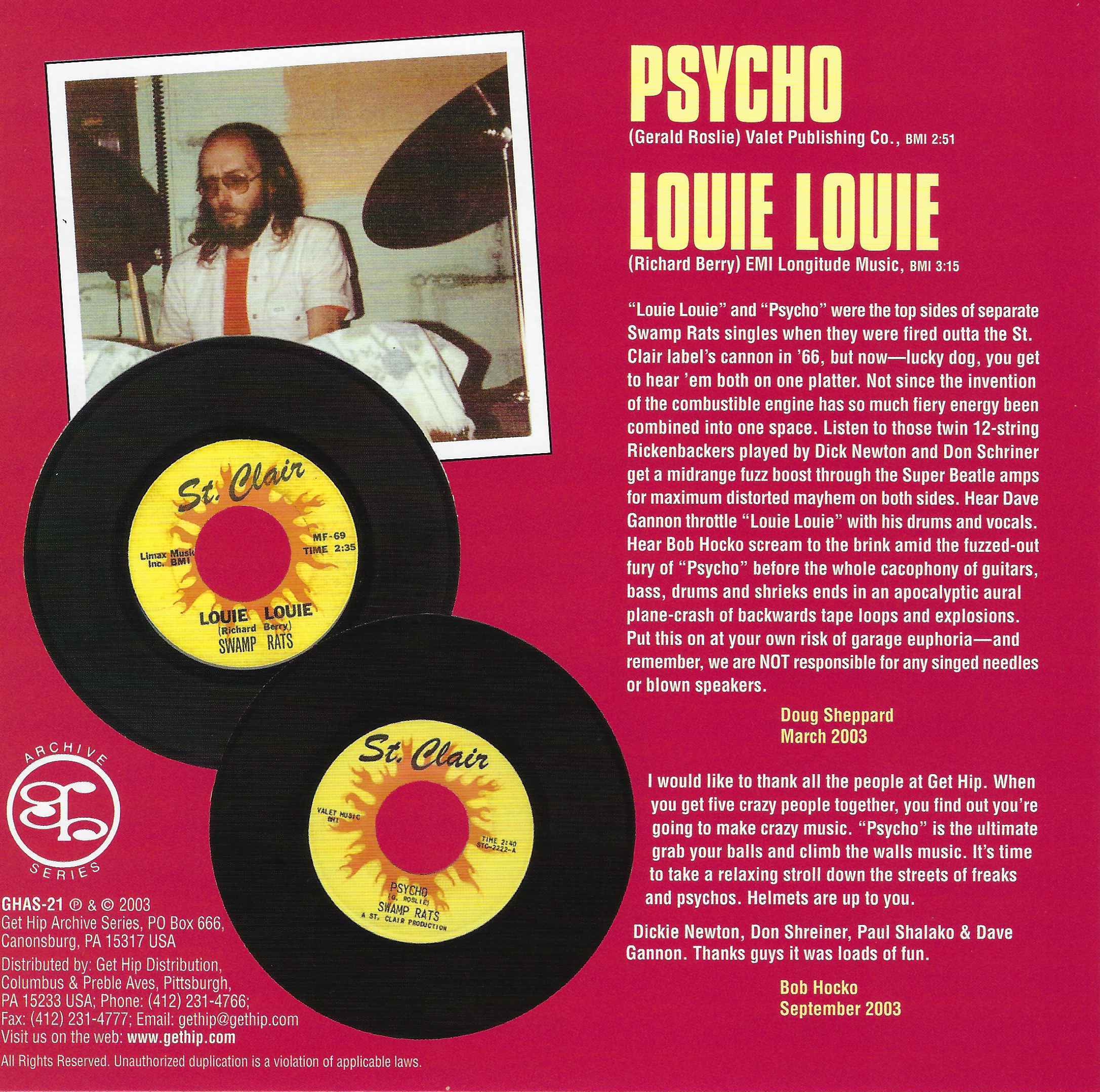 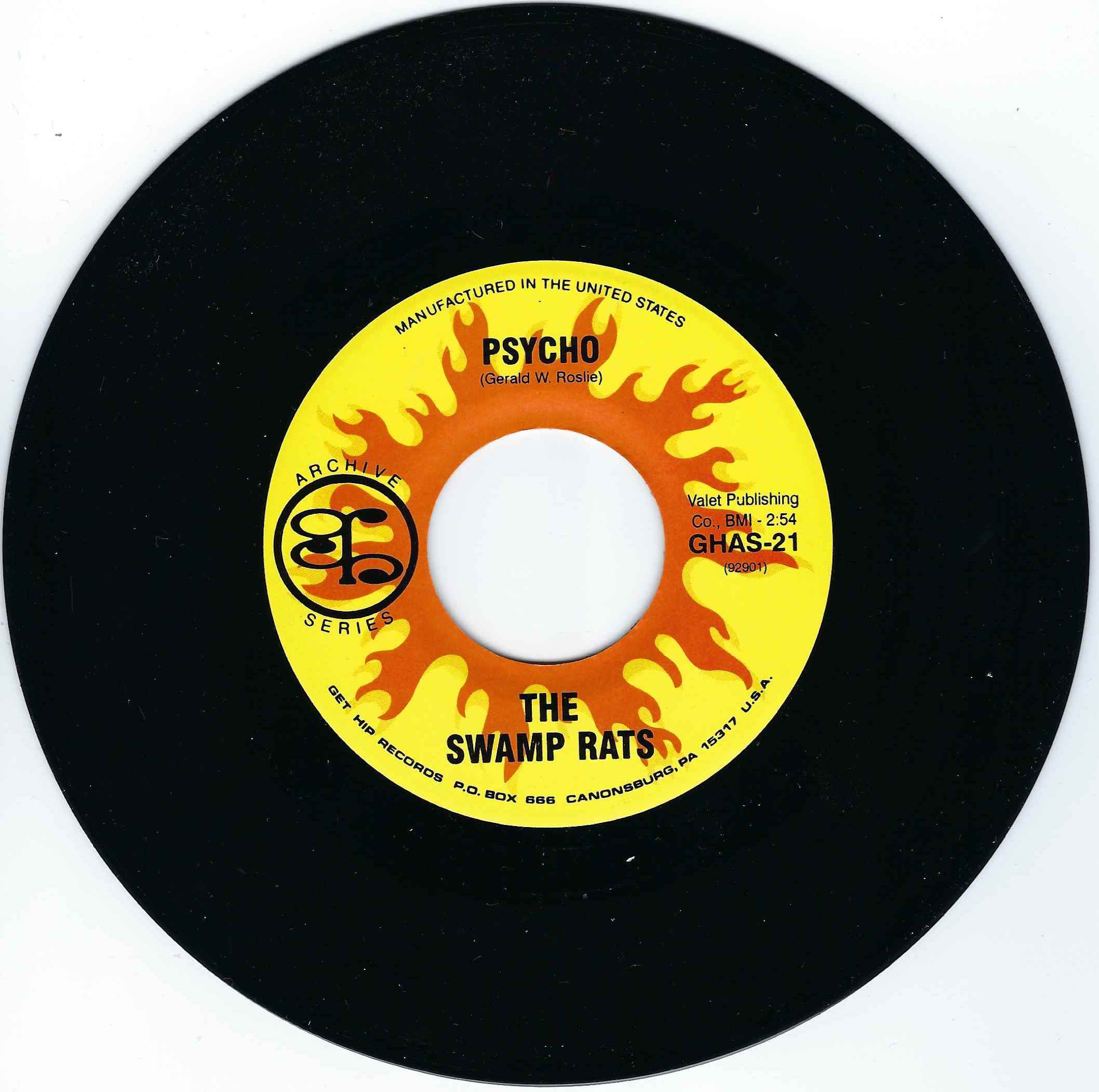 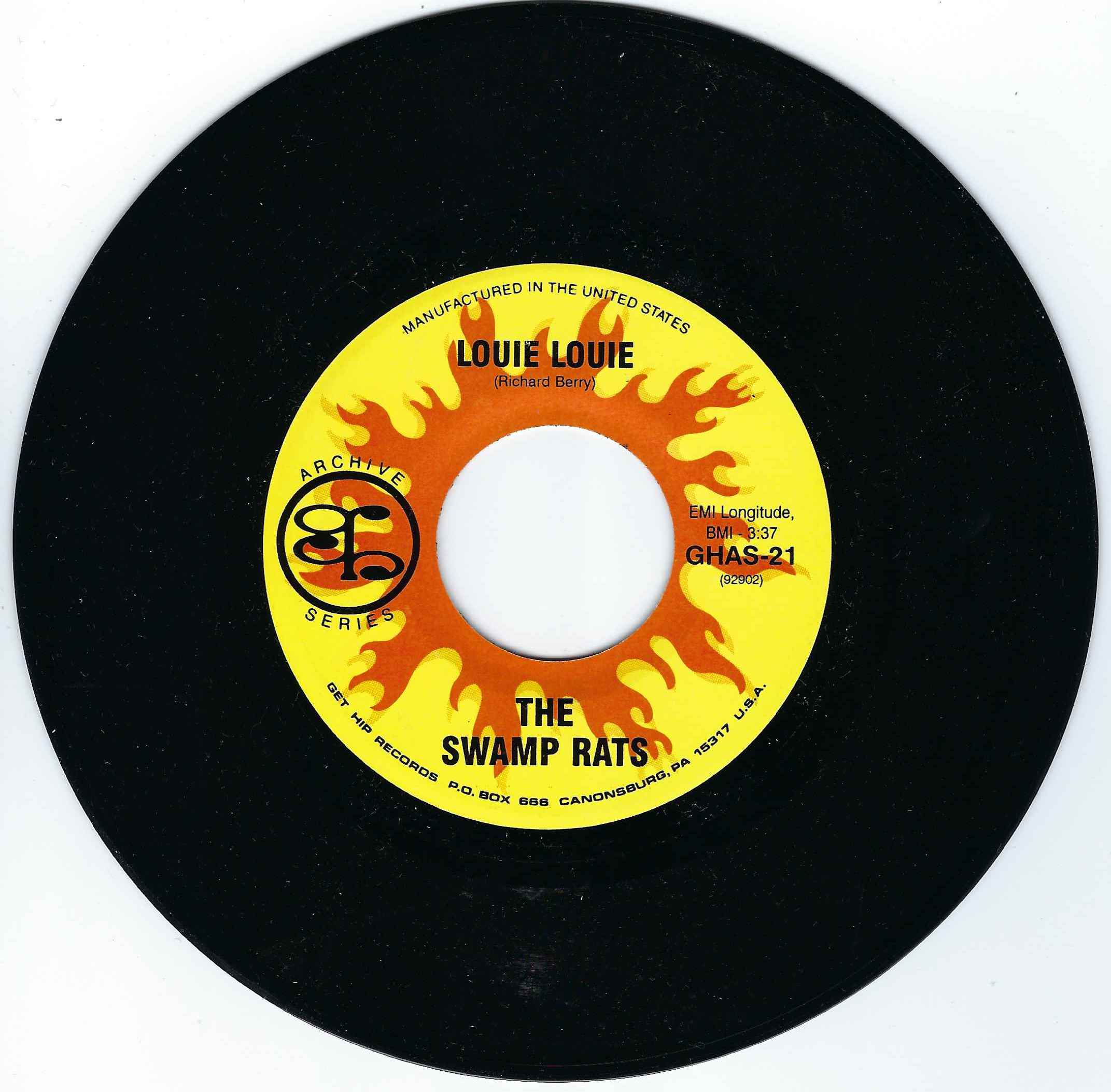 Pittsburgh’s own Raw & Wild 60’s Garage-Punk! Killer Picture Sleeve with rare live photo We dare to say these cover versions rival The Sonics on energy, rawness and power! Sleeve includes liner notes by Doug Sheppard and Bob Hocko, A must! 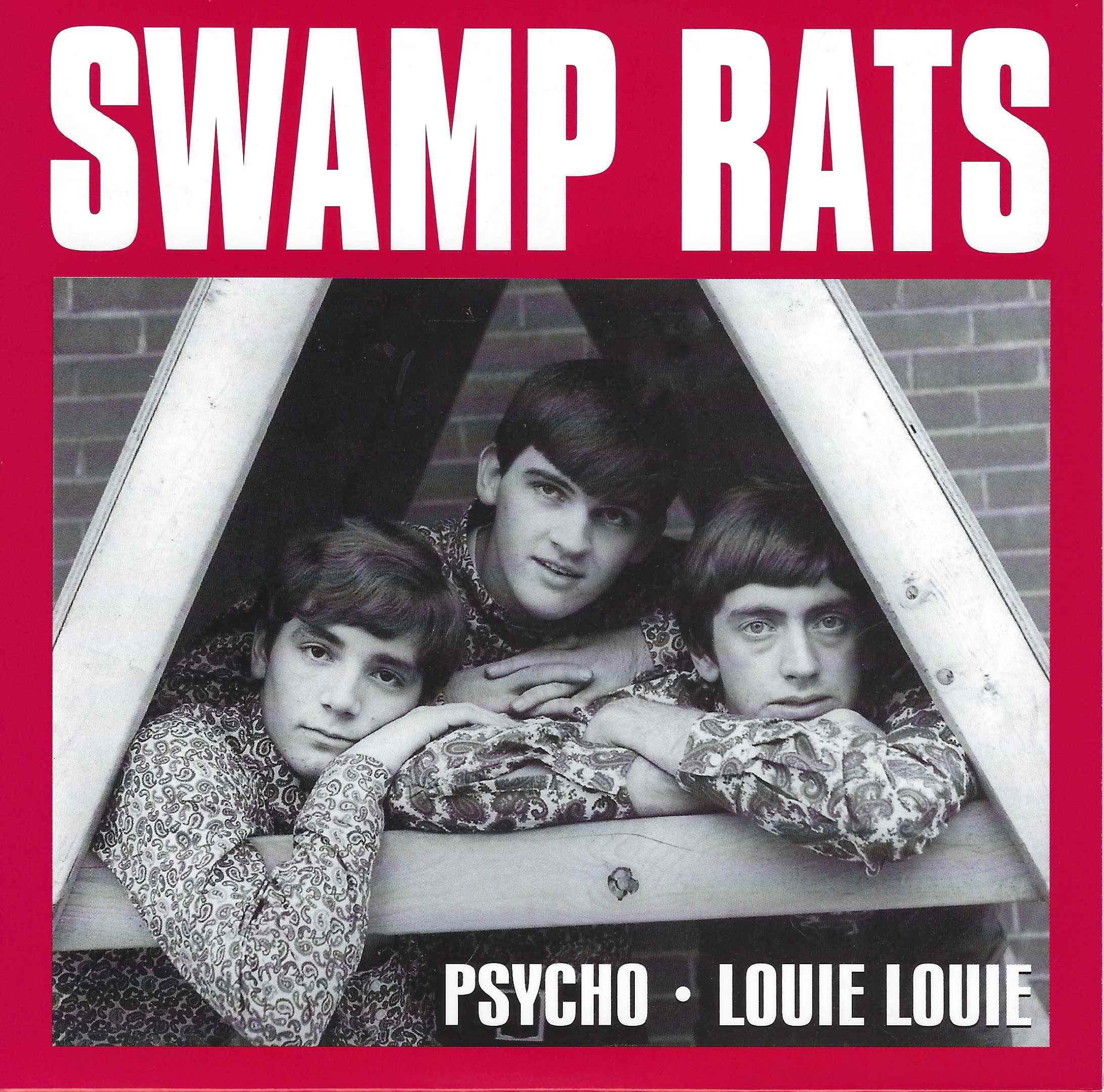 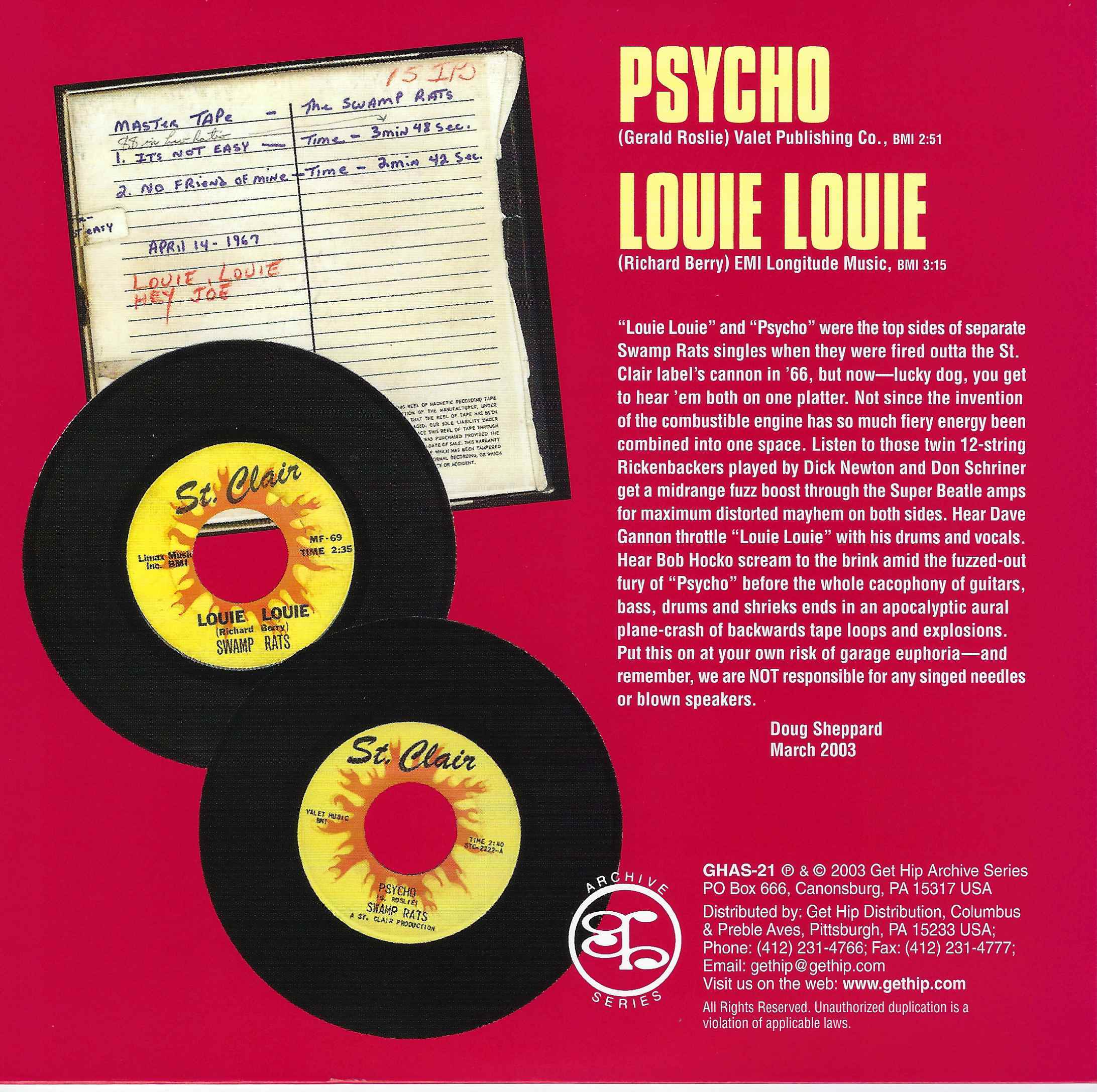 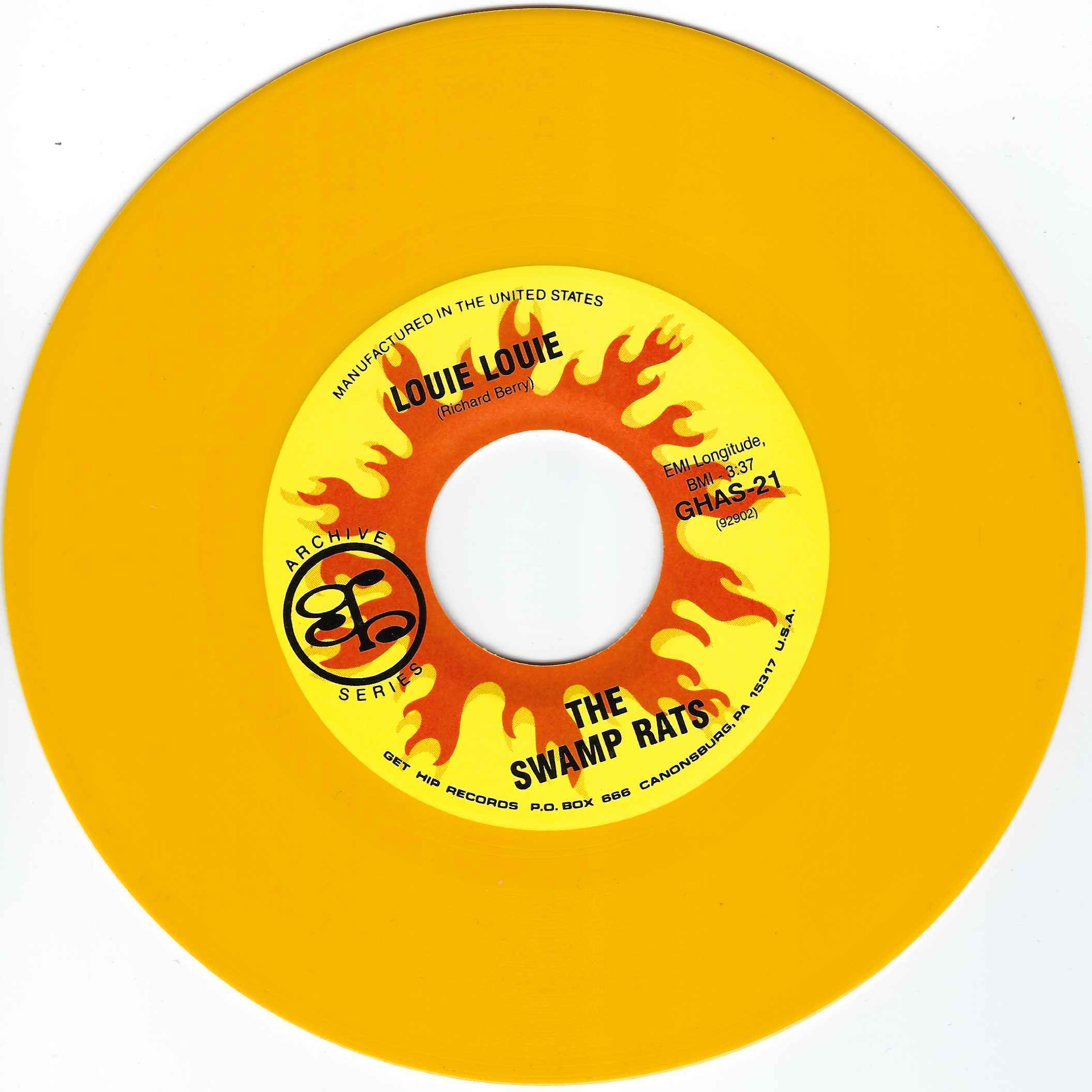 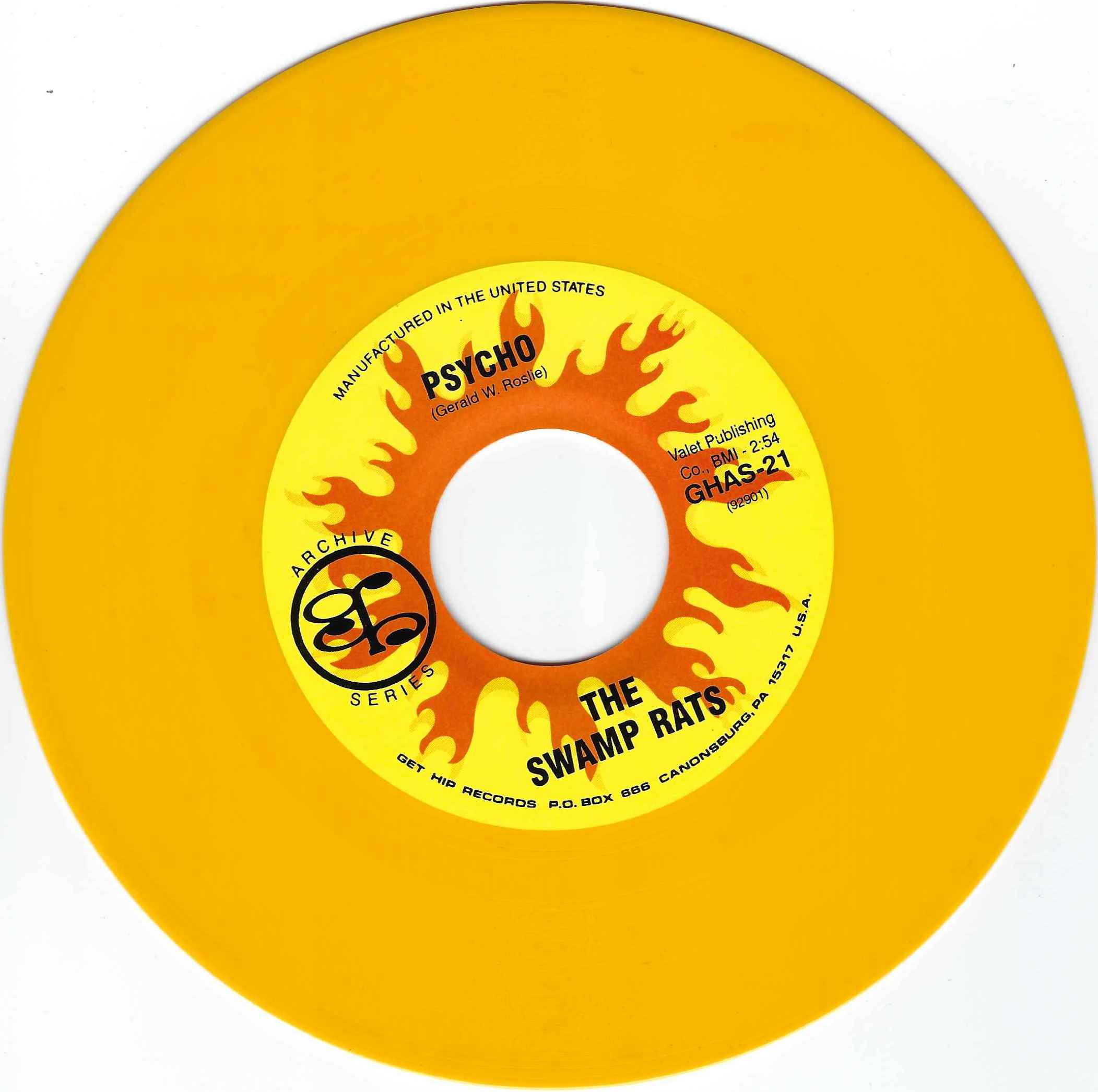 “Louie Louie” and “Psycho” were the top sides of separate Swamp Rats singles when they were fired outta the St. Clair label’s cannon in ’66, but now — lucky dog, you get to hear ’em both on one platter. Not since the invention of the combustible engine has so much fiery energy been combined into one space. Listen to those twin 12-string Rickenbackers played by Dick Newton and Don Schriner get a midrange fuzz boost through the Super Beatle amps for maximum distorted mayhem on both sides. Hear Dave Gannon throttle “Louie Louie” with his drums and vocals. Hear Bob Hocko scream to the brink amid the fuzzed-out fury of “Psycho” before the whole cacophony of guitars, bass, drums and shrieks ends in an apocalyptic aural plane-crash of backwards tape loops and explosions. Put this on at your own risk of garage euphoria — and remember, we are NOT responsible for any singed needles or blown speakers.

I would like to thank all the people at Get Hip. When you get five crazy people together, you find out you’re going to make crazy music. “Psycho” is the ultimate grab your balls and climb the walls music. It’s time to take a relaxing stroll down the streets of freaks and psychos. Helmets are up to you.